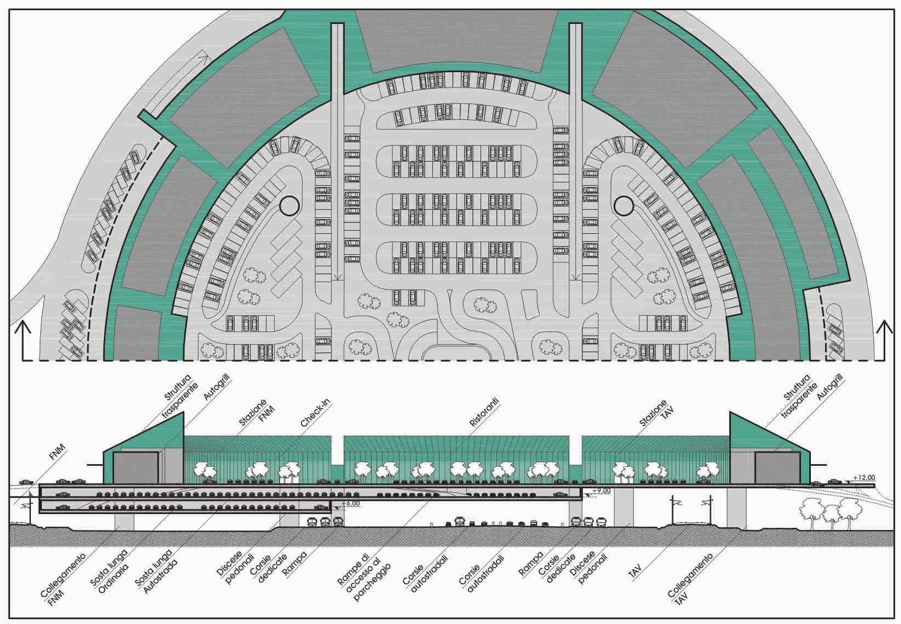 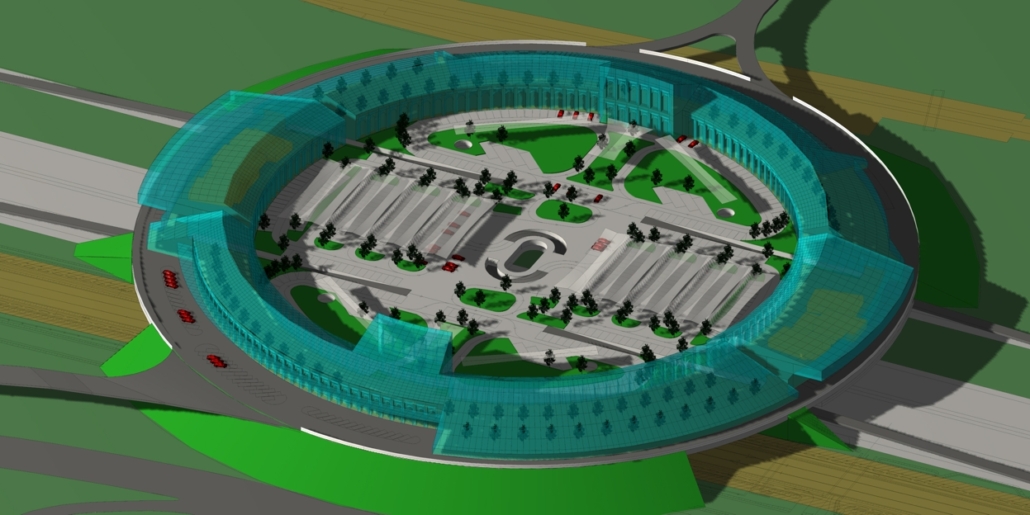 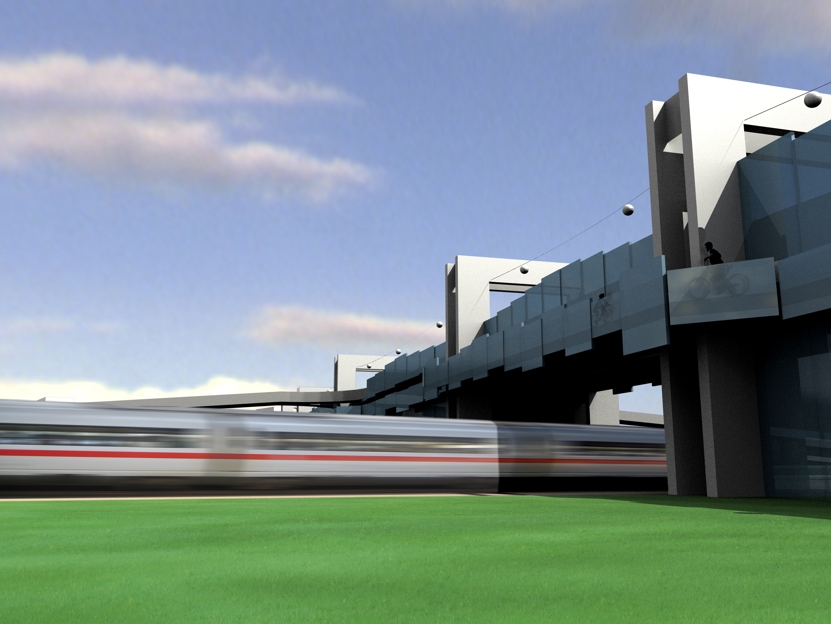 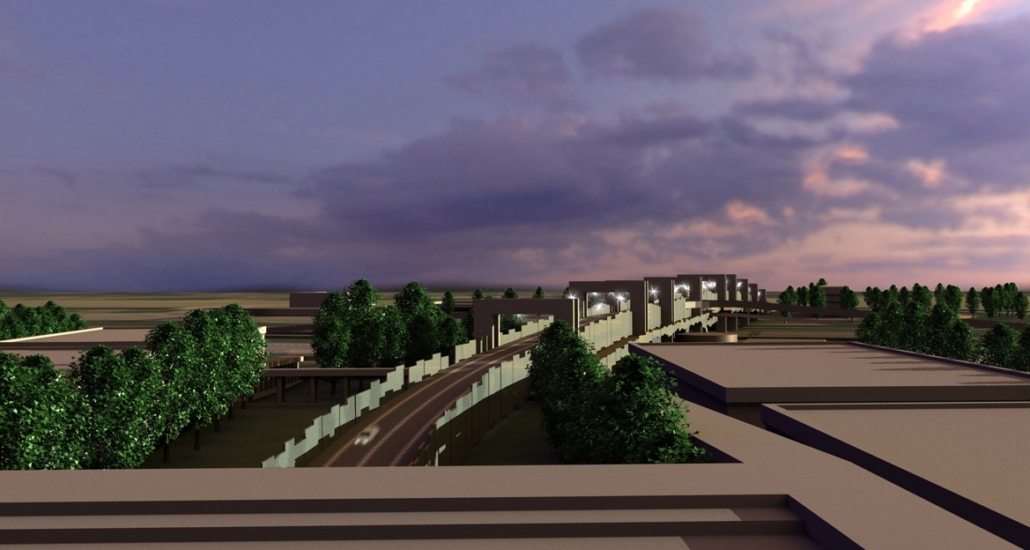 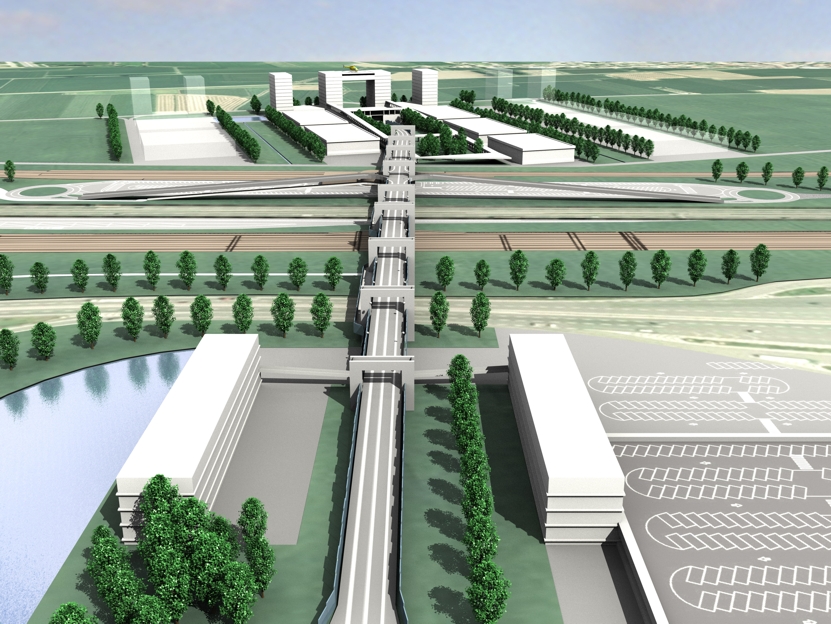 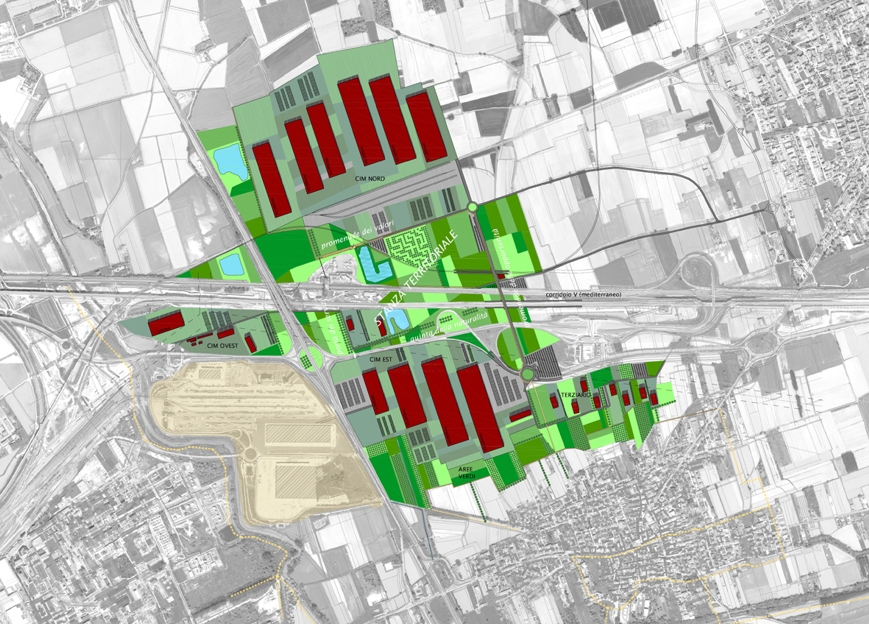 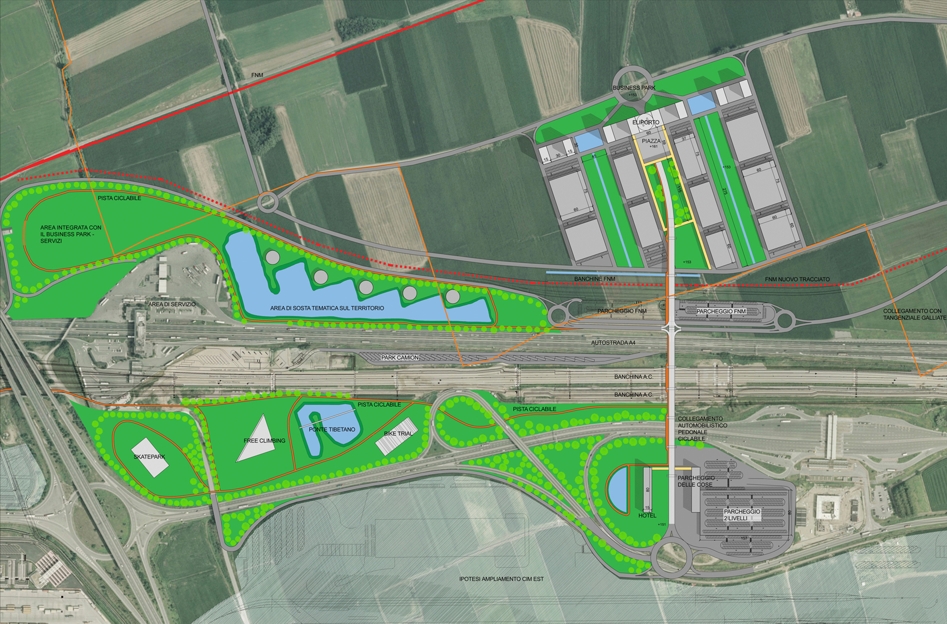 In 2003, a project for the integration between the High Capacity system, the FNM railway link with Malpensa and the A4 motorway, to identify the first major intermodal passenger interchange of TEN-T Core Network Corridor 5 in Novara.
This pole is conceived as an aerial square overlooking the three connecting streets, a ring-shaped glass gallery with various “buildings” inside it for specific purposes (railway stations, motorway restaurants, hotels, shopping centers, etc.).

In 2008 the City of Novara commissioned the feasibility study relating to the transport hub that becomes NOVAROAD, a multimodal connection axis (vehicular, cycle and pedestrian) between the different lines, which generates a highly accessible territorial hub for the establishment of directional activities and tertiary production.

In 2012, the first-place design proposal in the “Porta di Novara” competition that combines the connection bridge between the various transport networks with the development of the CIM. Using the land layouts as a grid, were defined 3 layers that characterize the intervention: buildings, floors, green
The buildings, warehouses and offices are located along the NW-SE axis, like the areas intended for integrated logistics with different colored asphalt backgrounds. The green areas for mitigation will follow the design of the lots, with a different use of the natural space, while also maintaining the canals that make up the agricultural system of the area.