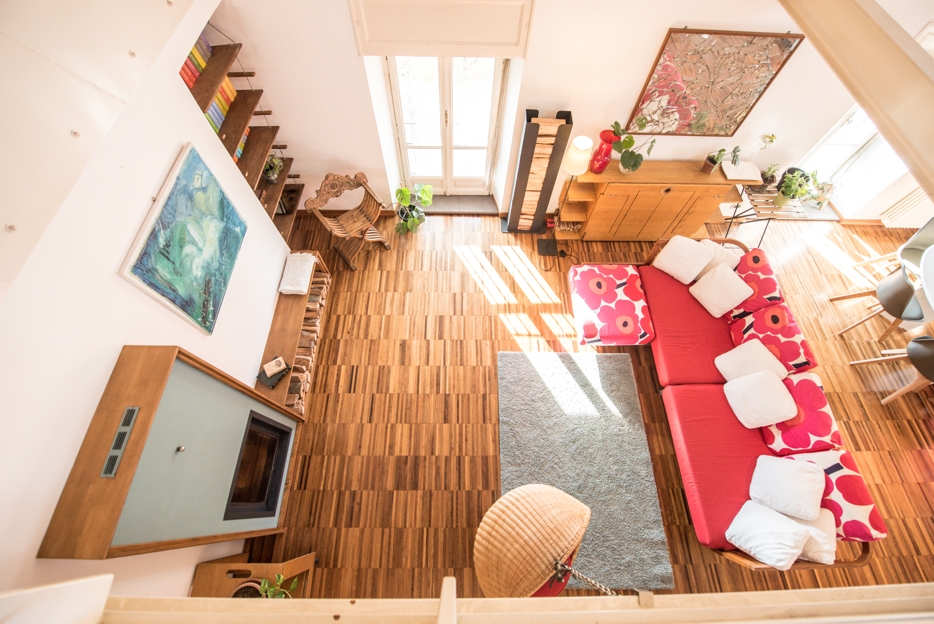 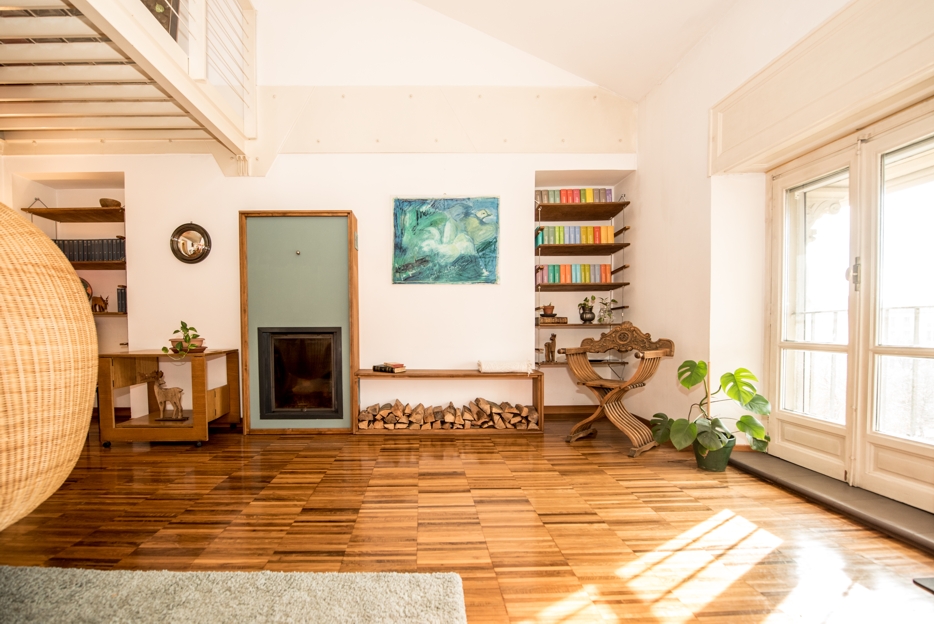 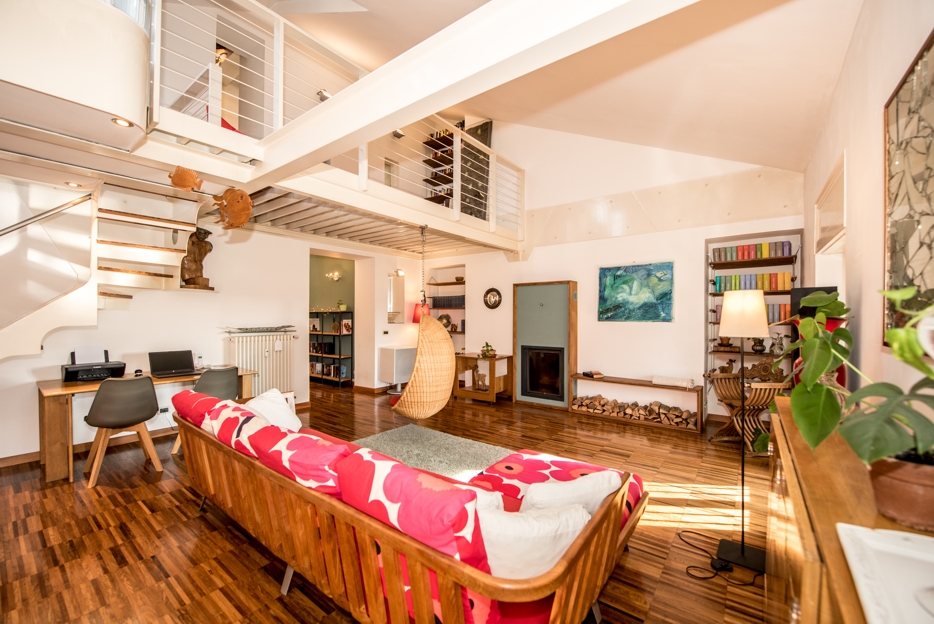 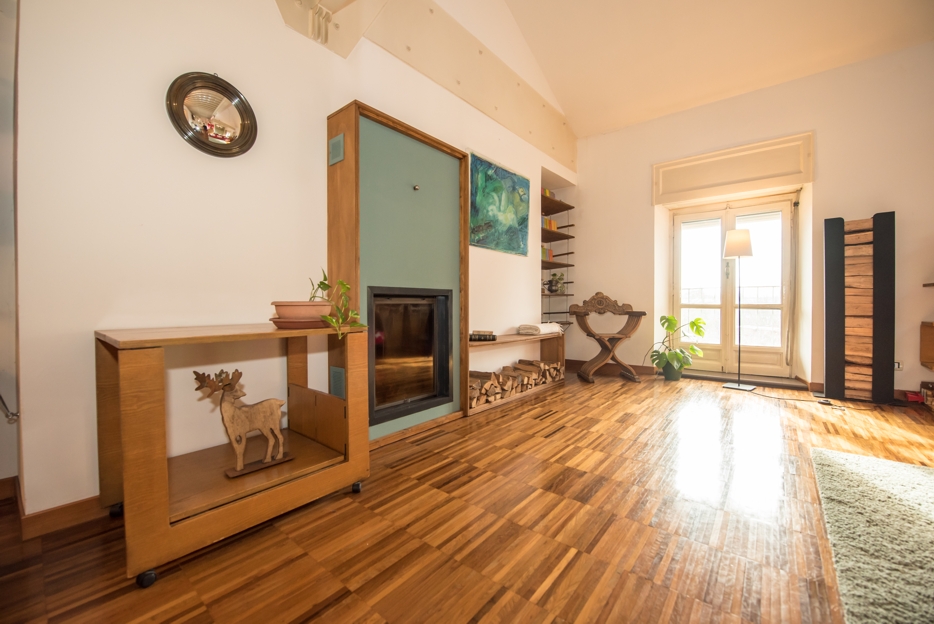 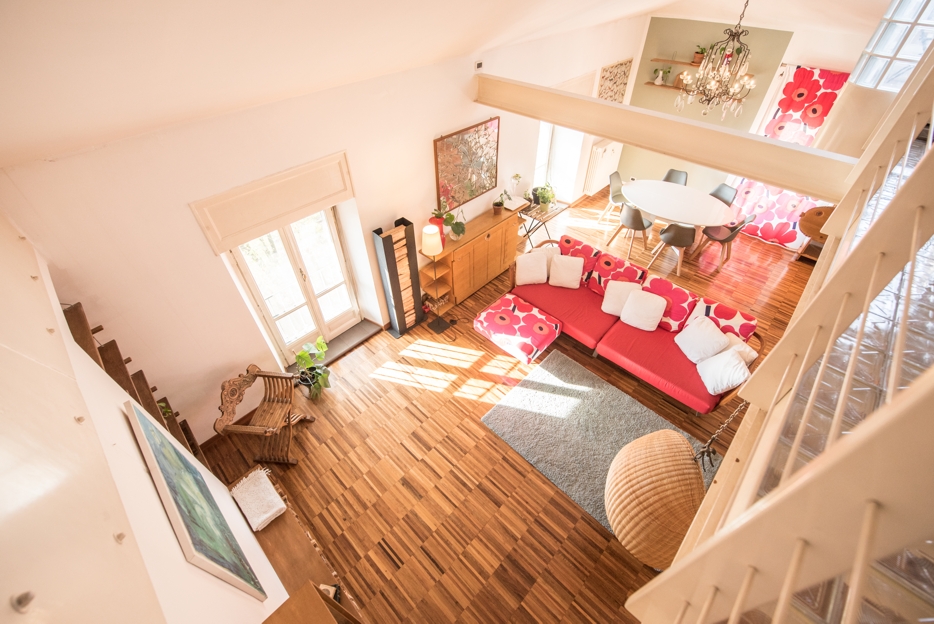 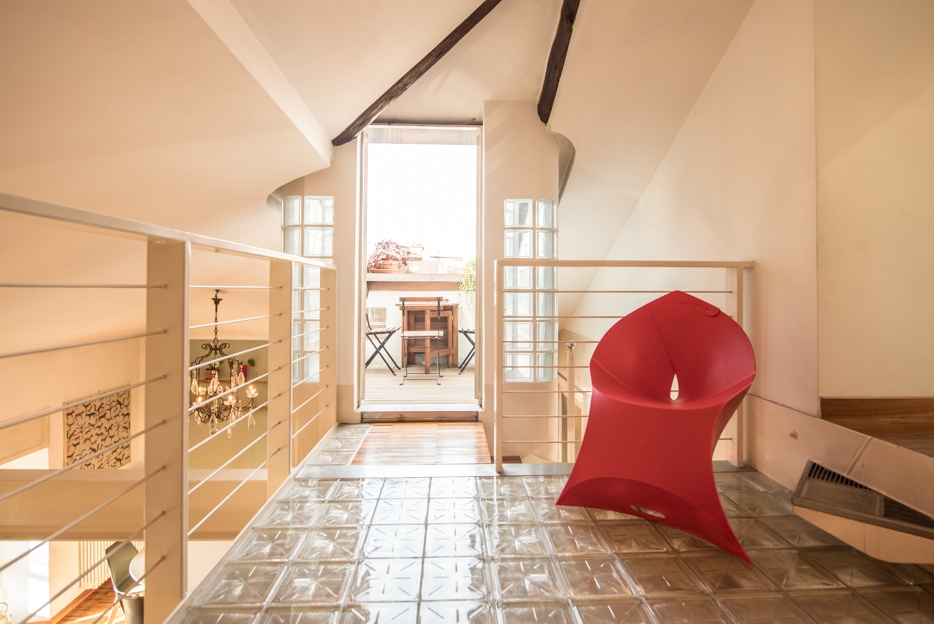 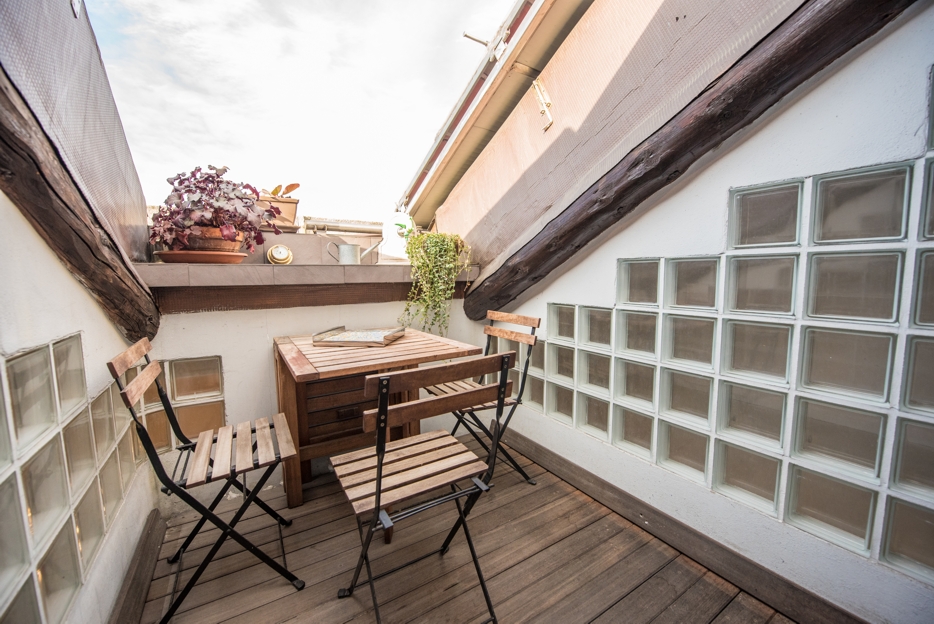 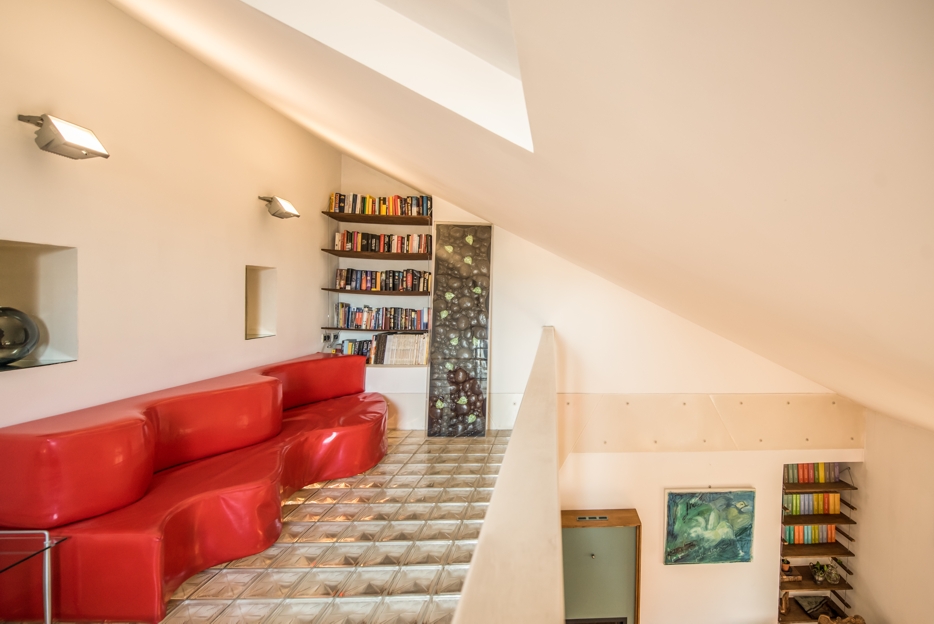 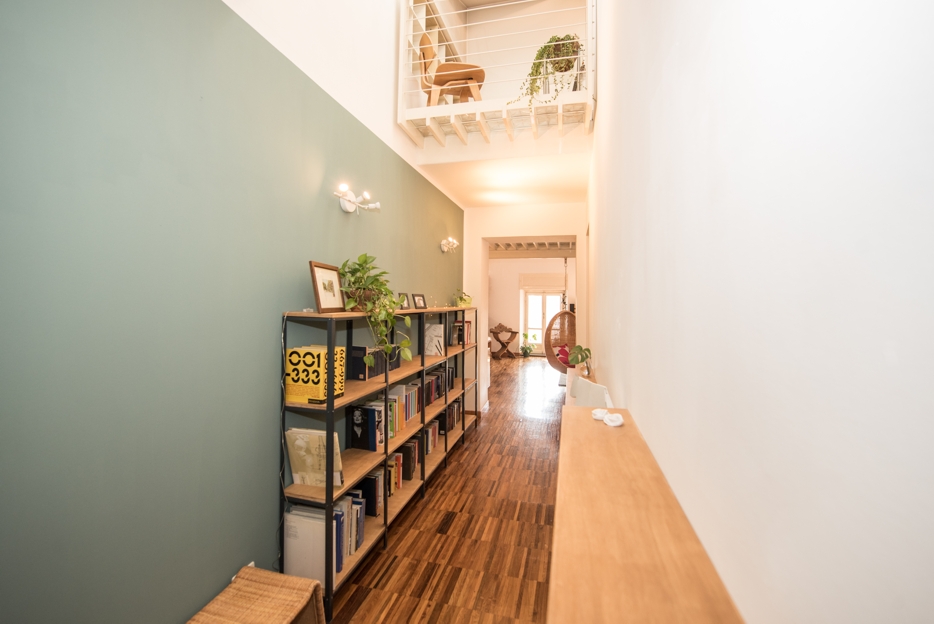 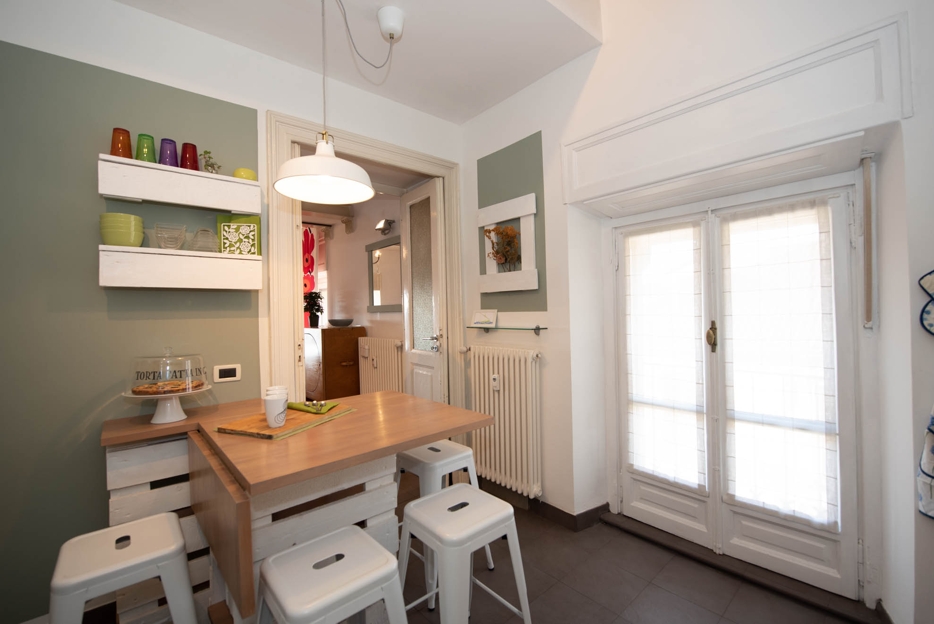 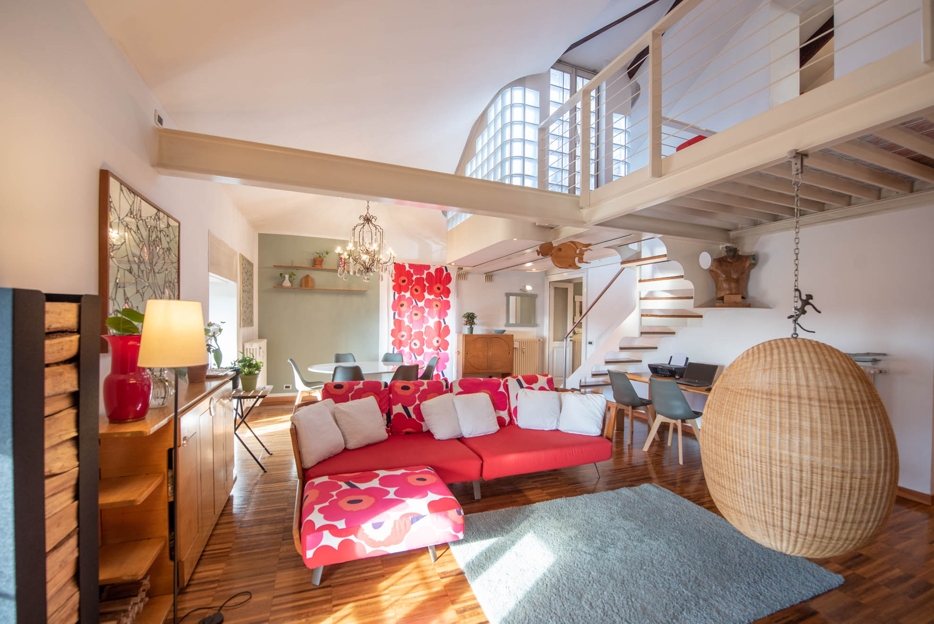 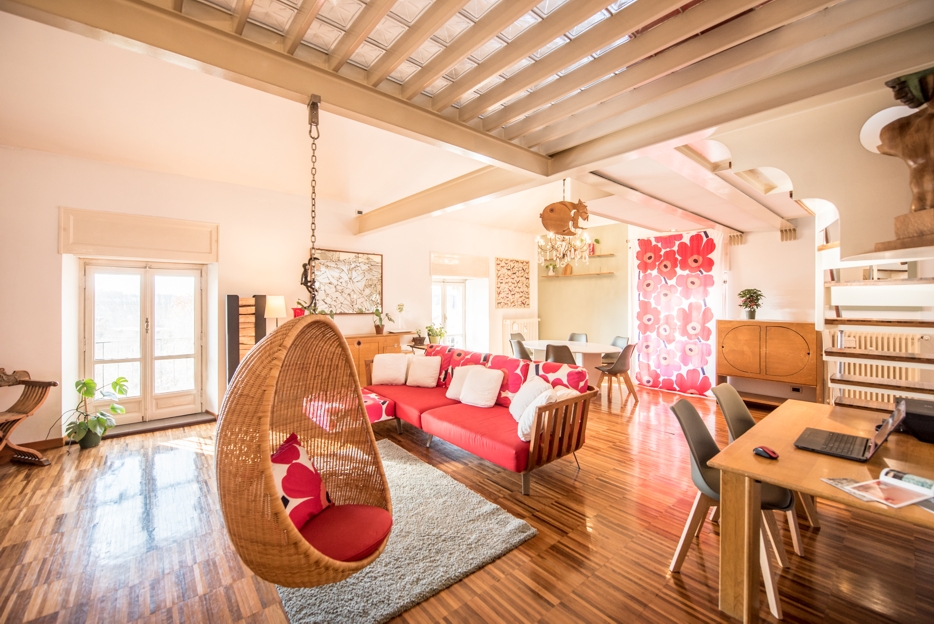 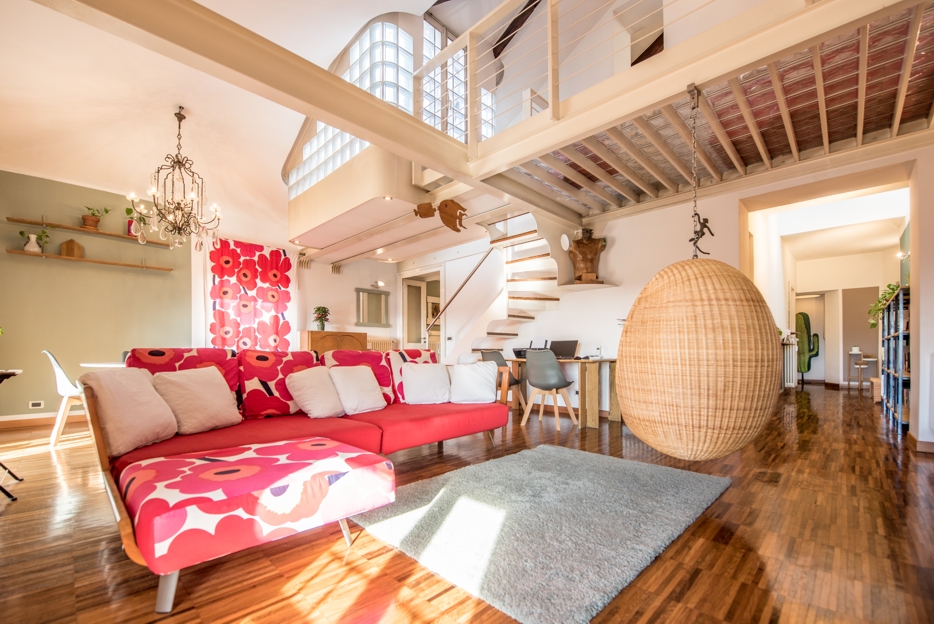 The apartment is located on the top floor of a building erected in the second half of the 19th century, that has been raised in the early 1900s.
The central element of the renovation was the demolition of the false vaults (made of plastered cane) which were located above the living room, the corridor and the master bedroom, with consequent expansion of the living area in the attic, realized through the building of a loft with glass blocks translucent floor, and an open staircase.
The result is a double-height view of the balcony, partly on the corner living room, and partly on the corridor.

The kitchen, previously placed in a opposite position to the living room, has been moved next to it (occupying the surface where the master bedroom was previously located), rationalizing the distinction between the living area (double height) and the sleeping area .
The sleeping area was placed in the portion of the apartment that already occupied the attic of a different and lower wing of the building, overlooking the roof through dormers.
All the floors and walls have been replaced, as well as all the systems, and a new bathroom has been created for the living area.
The long previous corridor was shortened by creating an entrance with walk-in closets, in order to optimize its proportions.